Commitment to social equity wins recognition from University of Waikato 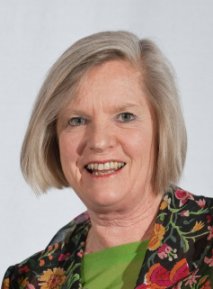 Dr McGregor was officially recognised by the University for her exemplary contribution to human rights, equal employment opportunities and the media, and in particular for her tireless championship of women in leadership.

Dr McGregor is recognised nationally and internationally for her work on human rights advocacy and policy-making. As EEO Commissioner for the Human Rights Commission, her current focus is on pay equity, ageism in the workplace and matters around redundancy.

She graduated from the University of Waikato in 1970 with a Bachelor of Arts and went on to qualify in law before gaining a doctorate in political communication. Starting as the founding editor of Waikato's student magazine Nexus, she has had a distinguished career in journalism during which she was the editor of the Sunday News and the Auckland Star.

Moving into academia, she subsequently published widely on communication and the media, and the power of the press to present ideas. She is both a passionate supporter and trenchant critic of public service broadcasting, and has served on the Broadcasting Standards Authority.

In 2004, Dr McGregor was awarded the Companion of the New Zealand Order of Merit (CNZM) for services to journalism. She currently works internationally with emerging human rights institutions in Jordan, Palestine, Nepal and the Maldives on media development strategies.

During her tenure as Professor at Massey University, Dr McGregor founded the New Zealand Centre for Women and Leadership, publishing three major surveys on women's participation in leadership roles. She was also instrumental in setting up the New Zealand Women in Leadership Programme (NZWIL) in 2007, the first nationwide attempt to boost the number of women in senior academic roles.

"Dr McGregor is a woman of integrity, intelligence and courage who has given considerable public service to New Zealand," says Vice-Chancellor Professor Roy Crawford. "In her commitment to the pursuit of excellence and social equity, she has exhibited all the characteristics of the best of graduates from the University of Waikato."

"The University of Waikato opened up to me the power and privilege of education and to the influence of journalism," says Dr McGregor. "I'll always be grateful for the fantastically rich undergraduate life experienced at Waikato, and to the inspiration provided by the academics who taught me."