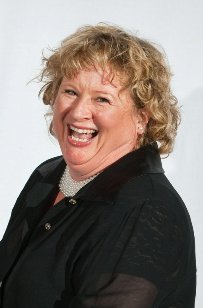 Annabelle graduated from Waikato with a Bachelor of Arts in 1980. In 1982 she completed a Graduate Diploma in Education Studies and gained her Masters degree with First Class Honours in 1983.

Based in Auckland, Annabelle says she was surprised and honoured to hear she had been selected for the award. "It is wonderful to receive such an honour," she says.

"On reflection, I hope it inspires any student at the University of Waikato in any discipline to realise that academic study liberates you in so many ways. With a good degree, extraordinary doors open to you and people will give you the chance to show that you have taken studies seriously. I would never be where I am today if my first editor hadn't 'taken the risk' that an inexperienced journalist could take on an important column and grow with it based simply on my academic record."

"You can live the dream if you show you have applied yourself when it counts," Annabelle says.

A former history teacher, Annabelle turned her hand to writing about cooking more than 20 years ago and has become a regular feature in the New Zealand media with newspaper columns, radio shows, television slots, and roles in magazines such as NZ House and Garden. She is sought after for appearances at food shows, and as a public speaker.

Professor Crawford says the University of Waikato is pleased to count the likes of Annabelle White among its alumni. "She's become an integral part of the New Zealand food culture and is widely regarded as a pleasure to work with.  Annabelle is a great example of people who take their university learning and diversify their strengths."